Elsie B. Smith Professor in the Liberal Arts, Professor and Chair of Art History, Interim Chair of Political Science 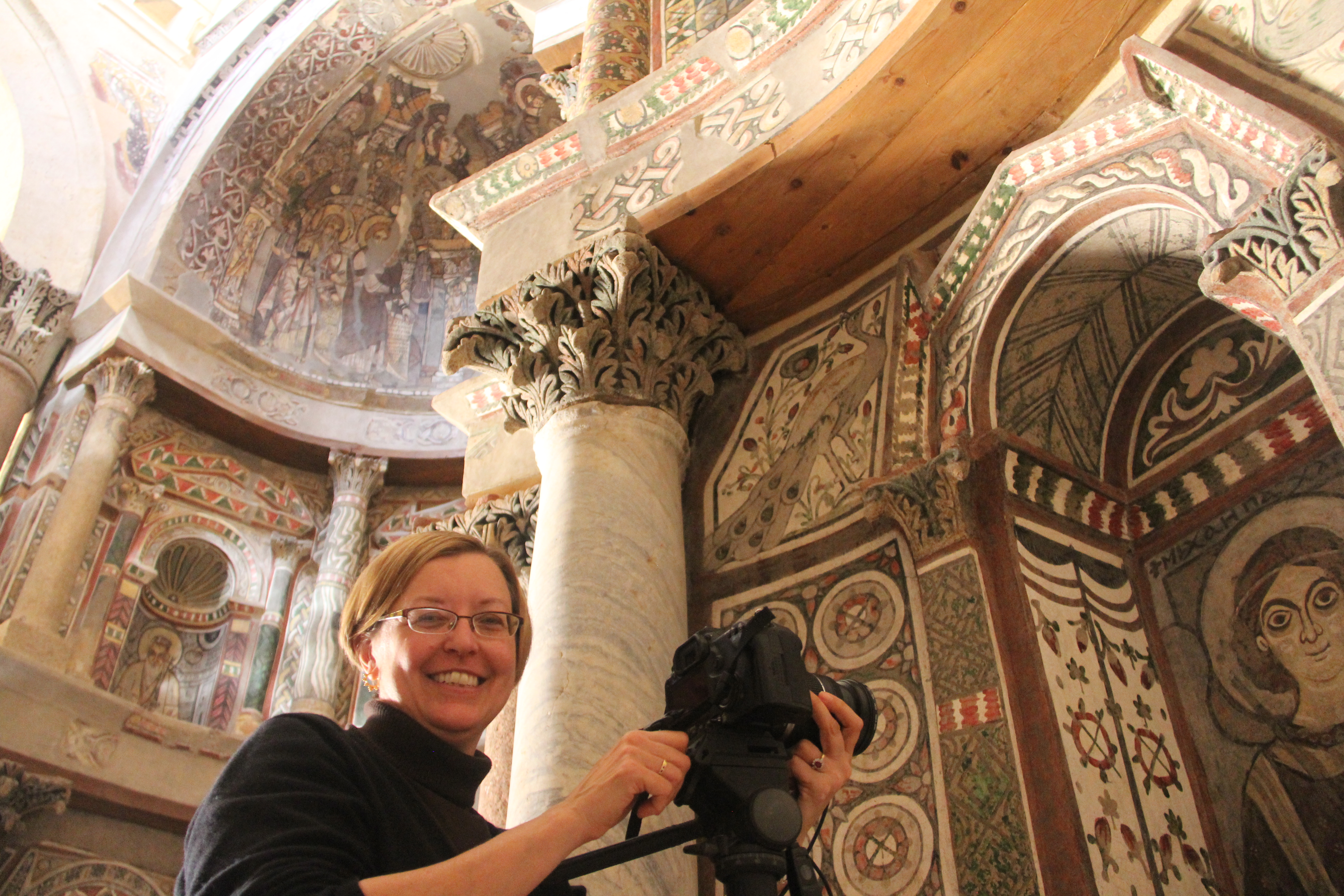 Elizabeth S. Bolman engages with the visual culture of the eastern Mediterranean in the late antique and Byzantine periods. She is best known for her work in Egypt, in which she has demonstrated the vitality of Christian Egyptian art and presented new understandings of the nature of artistic production in the early Byzantine and Medieval periods. She edited and was the principal contributor to the award-winning Monastic Visions: Wall Paintings in the Monastery of St. Antony at the Red Sea (Yale University Press and the American Research Center in Egypt, 2002) and to The Red Monastery Church: Beauty and Asceticism in Upper Egypt (Yale University Press and the American Research Center in Egypt, 2016). This most recent book is the product of a decade-long multidisciplinary project that she founded and directed, which included the cleaning and conservation of spectacular and unparalleled early Byzantine paintings at the Red Monastery church. The conserved church has received a considerable amount of international attention; among other subjects, it includes a monumental secco painting of the Nursing Mother of God. Currently, she is completing a gender studies analysis of depictions of the Byzantine Galaktotrophousa (nursing Virgin Mary), and is preparing the  Rostovtzeff Lectures which she gave at the Institute for the Study of the Ancient World, for publication. She was appointed Elsie B. Smith Professor in the Liberal Arts and Chair of the Department of Art History, Art and Art Education at Case Western Reserve University in August 2017, charged with building the Keithley Institute for Art History in collaboration with the Cleveland Museum of Art, and leading the Joint Program between CWRU and the Cleveland Museum of Art. At Temple University Bolman received the Lindback Award for Excellence in Teaching and the Great Teacher Award, and the College Art Association has recognized her expertise with its  Heritage Preservation Award for Distinction in Scholarship and Preservation She is the recipient of fellowships and grants from the Guggenheim Foundation, Fulbright program, National Endowment for the Humanities, Dumbarton Oaks, the American Research Center in Egypt, and the United States Agency for International Development, among others.

Monastic Visions: Wall Paintings in the Monastery of St. Antony at the Red Sea by Elizabeth S. Bolman