Please join us for three mini-talks and a conversation on medieval art and race, sponsored by the Department of Art history and Art and moderated by Prof. Elina Gertsman.
February 2nd 6:30 EST
Zoom
The conversation features three speakers:
Thomas Dale (Simona and Jerome Distinguished Chair of Art History, University of Wisconsin-Madison), who will discuss cultural exchange and racialization in the visual culture of Trecento Venice. He will explore how visual images such as the carved capitals of the Palazzo Ducale, represent not only the diversity of peoples encountered in Venice’s expansive trade network or the range of cultural production of imported trade goods and visual memories from the East, but also participate in a more coercive process of racialization, set against a complementary process of whiteness manifested in an international Gothic language of courtliness.
Asa Simon Mittman (Professor of Art History, California State University-Chico), who, in his talk “Mapping Race/Racializing Maps,” will use the Psalter Map, a 13th-century English world map produced for a royal patron, to consider the intersections between race-making and cartography, with attention to both the figures within the circle of the earth and to those depicted around its periphery.
Pamela A. Patton (Director, Index of Medieval Art, Princeton University), who will focus on Iberian manuscripts to argue that medieval European images, especially those depicting people with dark skin, bear significant potential in the study of race and race-thinking in the European Middle Ages once we let go of fixed assumptions about how medieval images operated and rethink what kinds of social evidence we can really expect them to provide.
Email Rebekkah Hart to RSVP and register:
rch116@case.edu 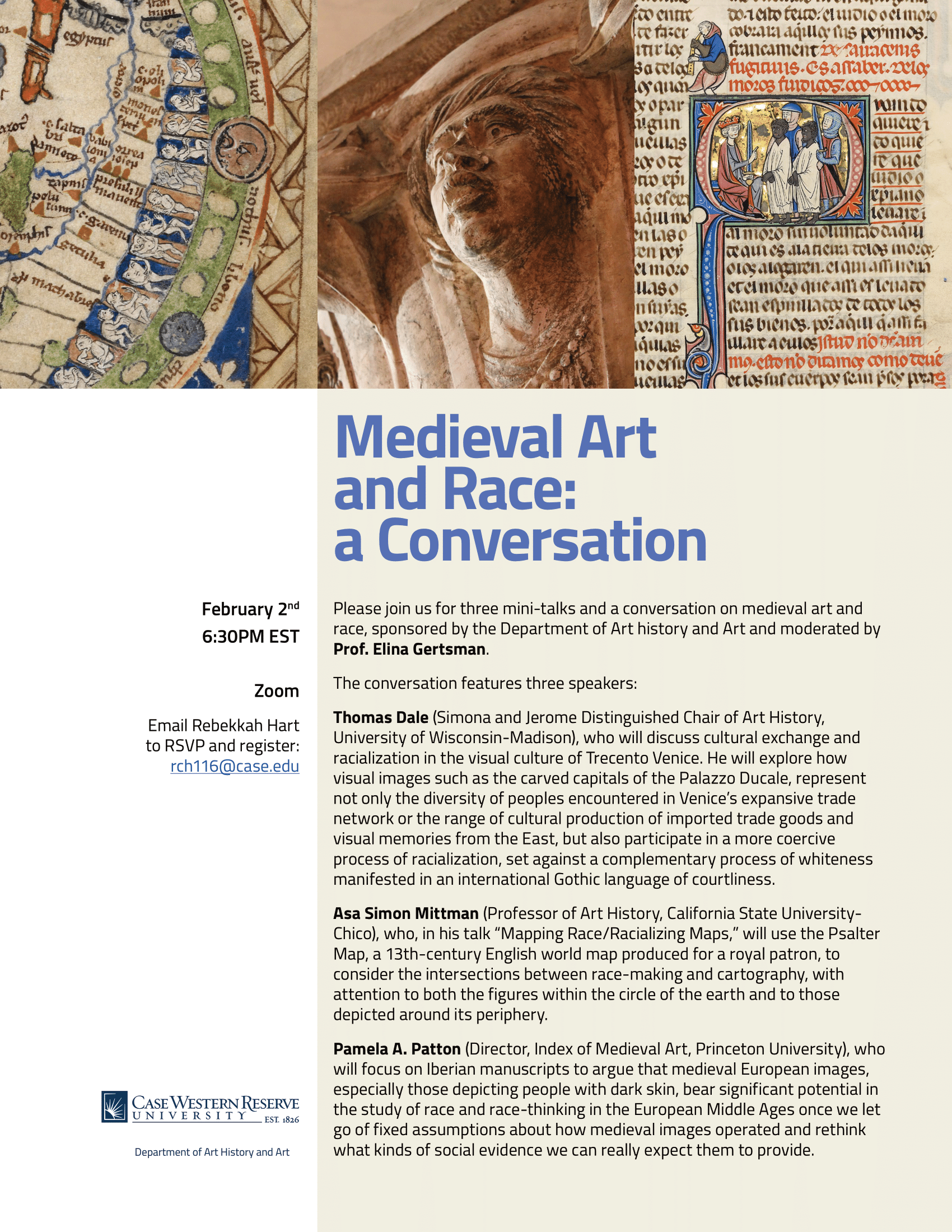